The heart of every watch is the movement. There are three different types: automatic movements, hand-wound and quartz movements. Our Circula watches are available with all three types of movement. In this article, we would like to take a closer look at a premium automatic movement for classic three-hand watches, the Miyota 9015, from a technical point of view. In addition, we compare the Miyota 9015 with the best-known alternatives and present the most important technical specifications of these movements in a compact table.

The Japanese company Miyota was founded in 1959 and is 65% owned by the Citizen Watch Group, the world’s largest watch and movement manufacturer. In addition to Citizen watches, Miyota movements also tick in numerous watches from other brands. The Miyota 9015 caliber is also installed in our Circula Classic Automatic.

The Miyota 9015 movement has been on the market since 2009 and is a further development of the robust and reliable automatic caliber Miyota 8215, which has been produced since 1977. It is equipped with all the comfort functions that you can expect from a modern mechanical automatic movement today – for example, it has a seconds stop when the crown is pulled (so-called “hacking” function) and the date can be conveniently set in the middle crown position thanks to the quick-set date function. With the Circula Classic Automatic, however, the date was not used in favor of a simple watch design. To set the time, simply pull the crown out completely.

By default, the rotor of the Miyota 9015, which ensures the automatic winding, is relatively plain. For our Classic Automatic model, we therefore coat the silver-colored, ball-bearing rotor in black and decorate it with a golden Circula-C. This turns the originally simple, unadorned rotor into a small eye-catcher. 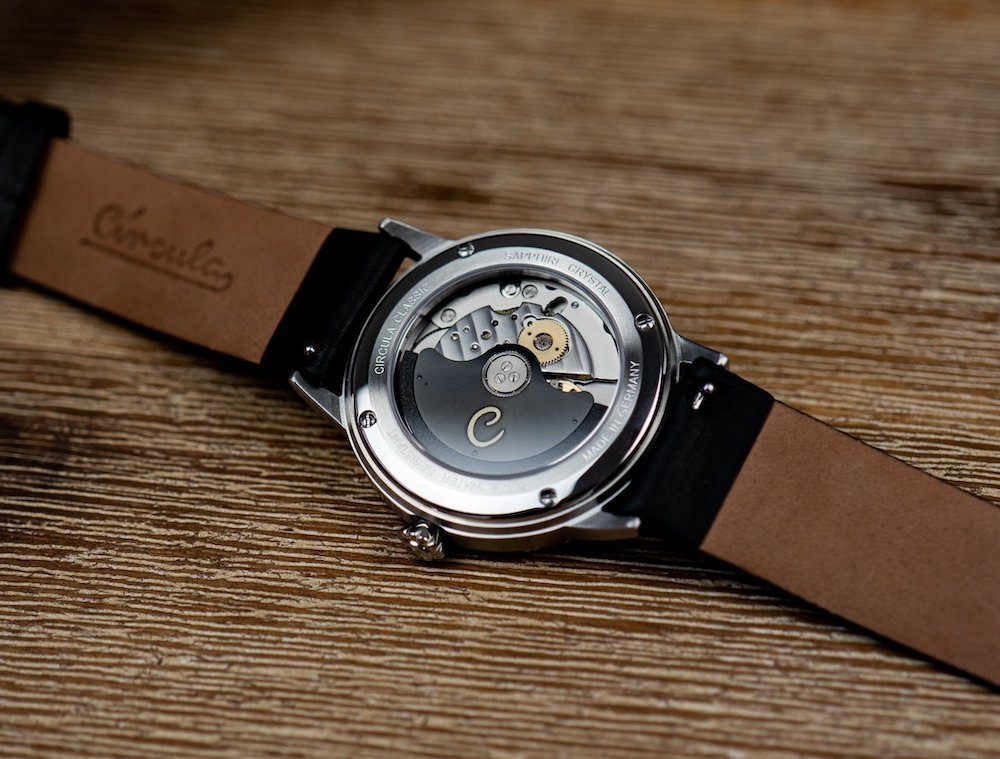 Compared to other mechanical movements, the Miyota 9015 has an additional advantage: At only 3.9 mm, it is comparatively flat. As a result, watches with Miyota 9015 can be designed to be flatter, which improves comfort (more on this in the comparison table). The Circula Classic Automatic, for example, is only 10 mm high, including a domed sapphire crystal.

The 9015 caliber is rightly a bestseller and is considered to be very durable. The supply of spare parts is also ensured due to the great popularity of the movement, so you will enjoy your watch for a long time.

With a frequency of 28,800 A/h (vibrations per hour) the Miyota 9015 works very precisely and the long second hand draws its circles smoothly. Miyota specifies the gear deviation with -10 to +30 seconds per day. Before our Circula watchmakers install the movement in the case of the Classic Automatic, it is checked again and fine-tuned so that the gear deviation is a very good -5 to +10 seconds per day. The power reserve is 42 hours, which means that you can safely hide a watch with a Miyota 9015 automatic movement in the drawer for almost two days without it stopping. If the power reserve is used up, the movement can be brought back into motion by means of a manual wind. To do this, simply turn the crown clockwise 15 to 20 times in the normal position. The Miyota 9015 also has a ball-bearing rotor with high elevator efficiency and a Swiss anchor escapement. The Citizen Parashock shock protection ensures a high level of robustness against impacts.

The specification of the Miyota 9015 movement at a glance: 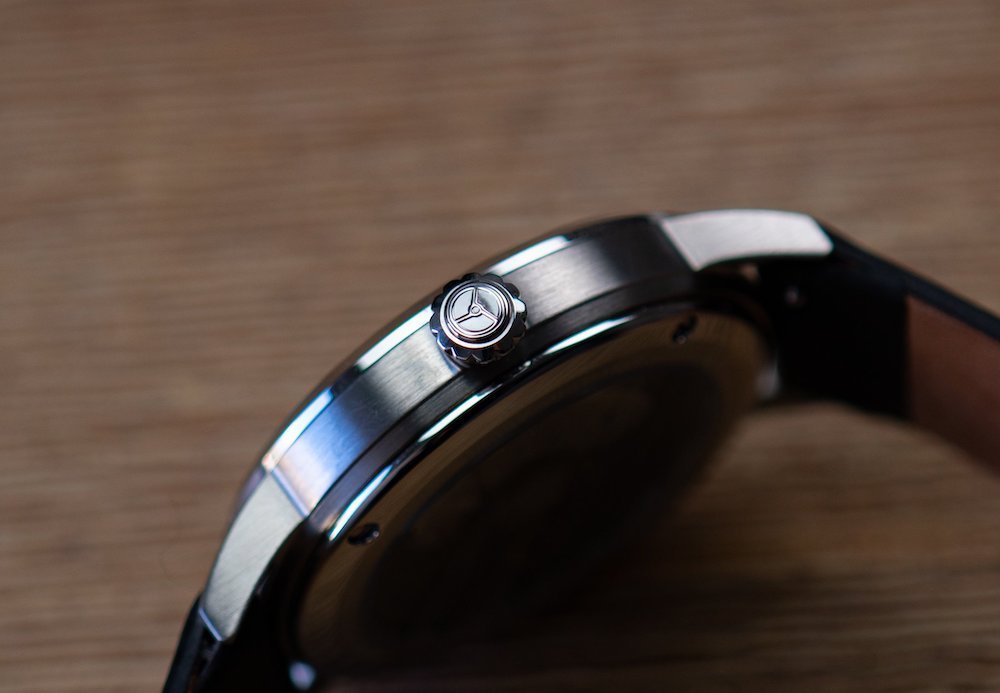 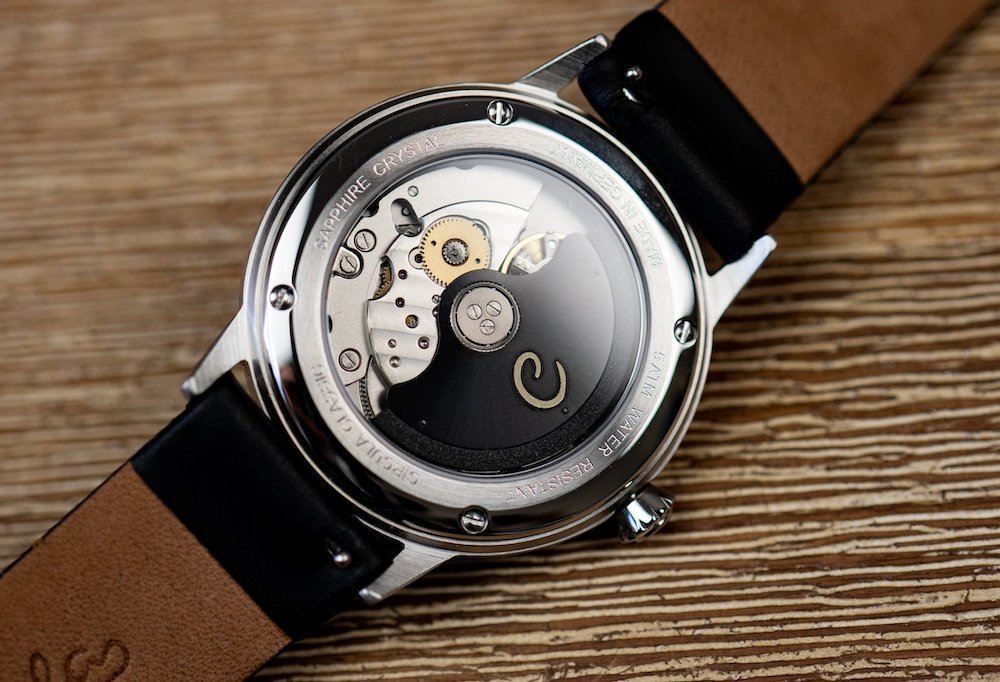 One of the most important manufacturers of mechanical watch movements is the Swiss company ETA, which belongs to the Swatch group. In consultation with the Swiss competition commission WeKo, ETA announced some time ago that it would not be supplying any other manufacturers with movements in the future, since they only want to use all movements for their own brands. Thus, the watch industry started to move and many watch manufacturers were looking for alternatives. This made movements by Miyota, Seiko and Sellita important ETA alternatives. In the following, we will therefore take a closer look at the ETA 2824-2 and popular movements from other manufacturers (Sellita SW200-1 and Seiko NH35).

The caliber 2824-2 has been manufactured by ETA SA Manufacture Horlogère Suisse based in Grenchen (Swiss canton of Solothurn) since 1982 and is a classic three-hand movement with stop seconds, date display and quick date correction. The predecessor, the ETA 2824, has been in production since the early 1970s. The factory is equipped with the Etachron regulator system and the automatic elevator is wound in both directions (bidirectional). All in all, the ETA 2824-2 is one of the most popular movements among connoisseurs and a perennial favorite of the mechanical movements – unfortunately, availability is now very limited (see above).

Since patent protection has expired, the design of the ETA 2824-2 has not been protected for many years. The Swiss Sellita SA from the well-known watch town of La Chaux-de-Fonds has taken advantage of that and has created a clone of the ETA 2824-2 movement, the Sellita SW200-1. This movement is almost identical to the ETA 2824-2 and has meanwhile established itself among connoisseurs.

The Seiko NH35 is also a classic three-hand automatic movement with a second stop, date display, quick date correction and manual winding. In contrast to the three previously mentioned movements, it has a lower vibration (21,600 A/h vs. 28,800 A/h), so that the second hand does not run as smoothly. The accuracy values are also worse by specification.

Finally, for a better comparison, a compact overview of the technical data of the four automatic movements presented:

Here you will find an overview of all cookies used. You can give your consent to whole categories or display further information and select certain cookies.

Statistics cookies collect information anonymously. This information helps us to understand how our visitors use our website.

Marketing cookies are used by third-party advertisers or publishers to display personalized ads. They do this by tracking visitors across websites.

Content from video platforms and social media platforms is blocked by default. If External Media cookies are accepted, access to those contents no longer requires manual consent.