At first it was just a rumor: Historical, never used mechanical movements from Pforzheim should be in a warehouse of a collector. And indeed, after some effort, the rumor turned into real blue plastic boxes filled with plates, wheels, rotors, screws, and everything needed to assemble movements. We were able to secure this treasure, which experts also refer to as the New Old Stock (NOS), and used it as the basis for our limited Heritage collection.

New Old Stock (NOS) is generally new and unused equipment or components that have been discontinued in the past. New old stock components are also very popular as spare parts for vintage enthusiasts. 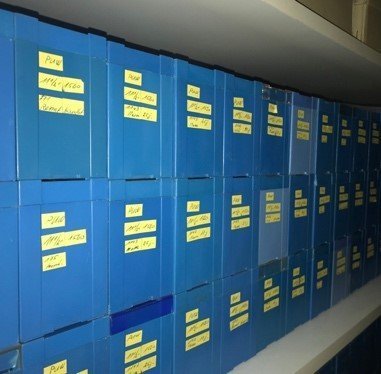 The mechanical NOS movements of the Circula watches from the Heritage collection were 100% made in Germany by the ‘Pforzheimer-Uhrenrohwerke GmbH’ (P.U.W.) in the late 1970s. But how did the movements come into modern Circula watches half a century later?

P.U.W. was founded in Pforzheim in 1932 by master watchmaker Rudolf Wehner. The company achieved its breakthrough with the PUW 500 caliber, because the movement could easily keep up with the Swiss competition in terms of reliability and robustness. After the company was completely destroyed in World War II, Rudolf Wehner did not allow himself to be put off his course, P.U.W. successfully resumed and was even the largest German manufacturer of raw movements a few years later. In 1948 he also founded the Porta watch factory, which only built P.U.W. movements in their watches. Two years later, Wehner merged P.U.W. and Porta.

At the end of the 1960s, he employed around 600 people. Business was good and until the late 1970s he supplied almost all Pforzheim watch manufacturers with mechanical movements, including Circula. Wehner’s success story ended slowly when watches with Japanese quartz movements became more popular (quartz crisis). In contrast to many other German and Swiss manufacturers, he recognized the trend in good time and from 1979 only produced quartz movements. By focusing on quartz, P.U.W. had no longer use for the mechanical parts produced on stock and therefore bequeathed them to a watchmaker, who at that time was the curator and collected thousands of movements from numerous factories.

In the 1980s P.U.W. or the specially founded subsidiary Porta Mikromechanik AG, was the only remaining movement manufacturer in Germany. But despite all efforts, the Pforzheim-based company could no longer compete with the much cheaper mass-produced goods of the Japanese – P.U.W. was finally taken over by SMH (today: Swatch Group) in 1990. 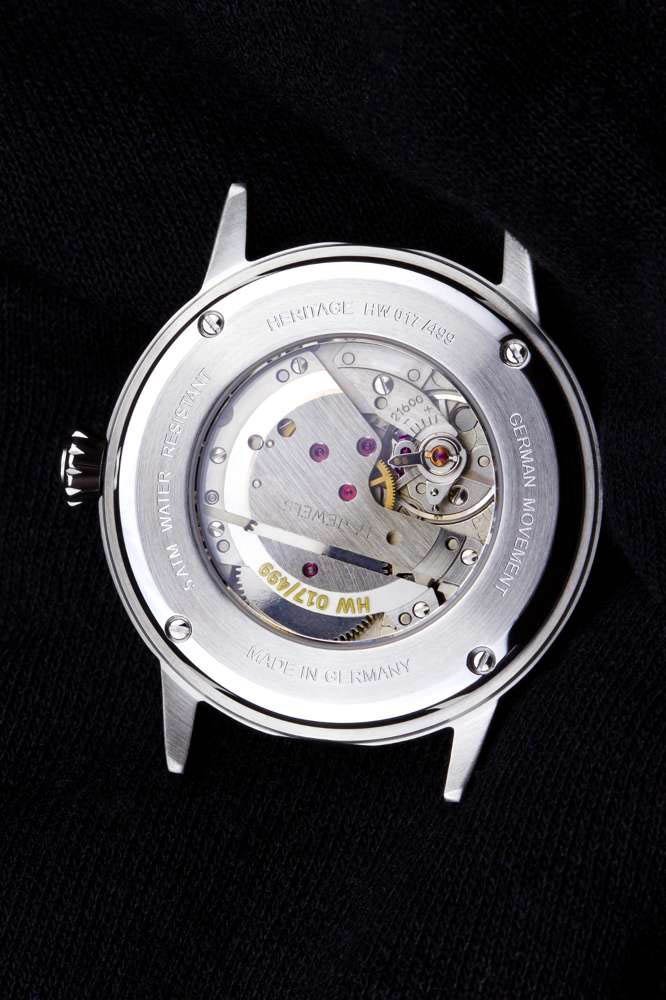 Our experienced watchmaker, who also made his apprenticeship at P.U.W. in Pforheim, assembles the previously unused mechanical movements by hand: after a prophylactic cleaning in an ultrasonic bath, he assembles the individual parts, lubricates all moving parts with a special oil according to a precise plan, and carefully adjusts each caliber at the end to achieve high accuracy. The freshly oiled and precisely regulated movement runs within the strictest tolerances, the gear values on the electronic timing machine are in the range of new movements.

Since these are New Old Stock movements, our hand-wound and automatic watches from the Heritage collection are strictly limited, because the stock is naturally finite. Of course, we hold back enough spare parts to ensure long-term service. After all, the movements should last a lifetime – and beyond. 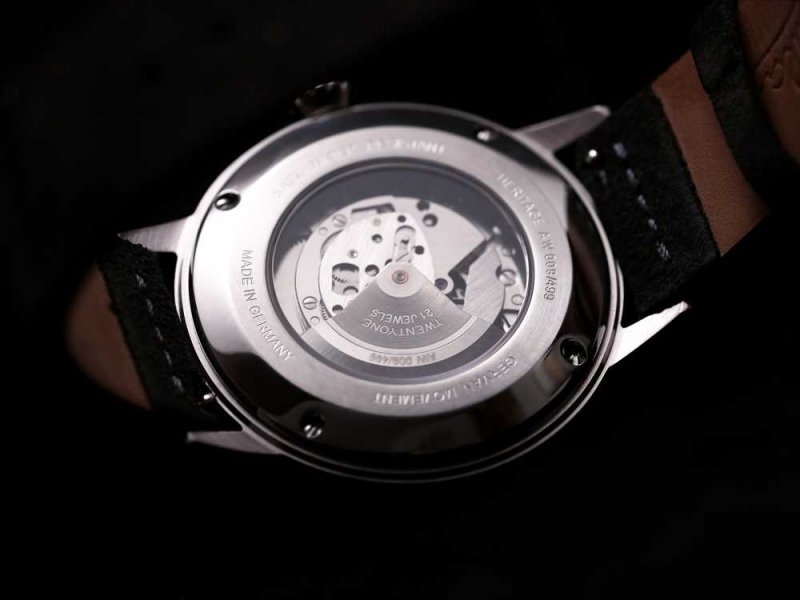 What makes the P.U.W. New Old Stock movements so special?

First of all, the historical value, the unique history and the extreme rarity make the New Old Stock movements by P.U.W. so special. Another peculiarity is that the in-house calibers are 100% made in Germany – there is hardly anything like that nowadays, since almost the entire production of mechanical movements takes place in Switzerland and Japan.

In the past, watch movements were primarily designed for one thing: long and precise performance. A flat design or decorative cuts that could possibly have an impact on the function were less important. That is why large-scale balance wheels and efficient winding mechanisms were used, which guarantee good functioning for years. The movements are visually appealing, but not decorated. Geneva stripes, circular graining and blue screws, which we associate with quality today, had not yet found their way into movements. In the beginning, the grindings in pocket watches were mainly used to bind the dust on the bridges. The visual benefit only came up much later.

The bidirectional winding of the New Old Stock automatic movements from P.U.W. is simply constructed and therefore enormously robust. While modern winding wheels are worn after five to ten years, the rocking bar changer lasts a lifetime here. In addition, the winding is very efficient. With 21,600 vibrations, our P.U.W. movements are among the classic ones, which is reflected above all in long maintenance intervals. In many modern movements, the escapement works much faster, which is why the maintenance intervals are shorter.

The German YouTube blogger Caseback Watches covers the topic of New Old Stock movements in the video below and also takes a look at the Circula Heritage. 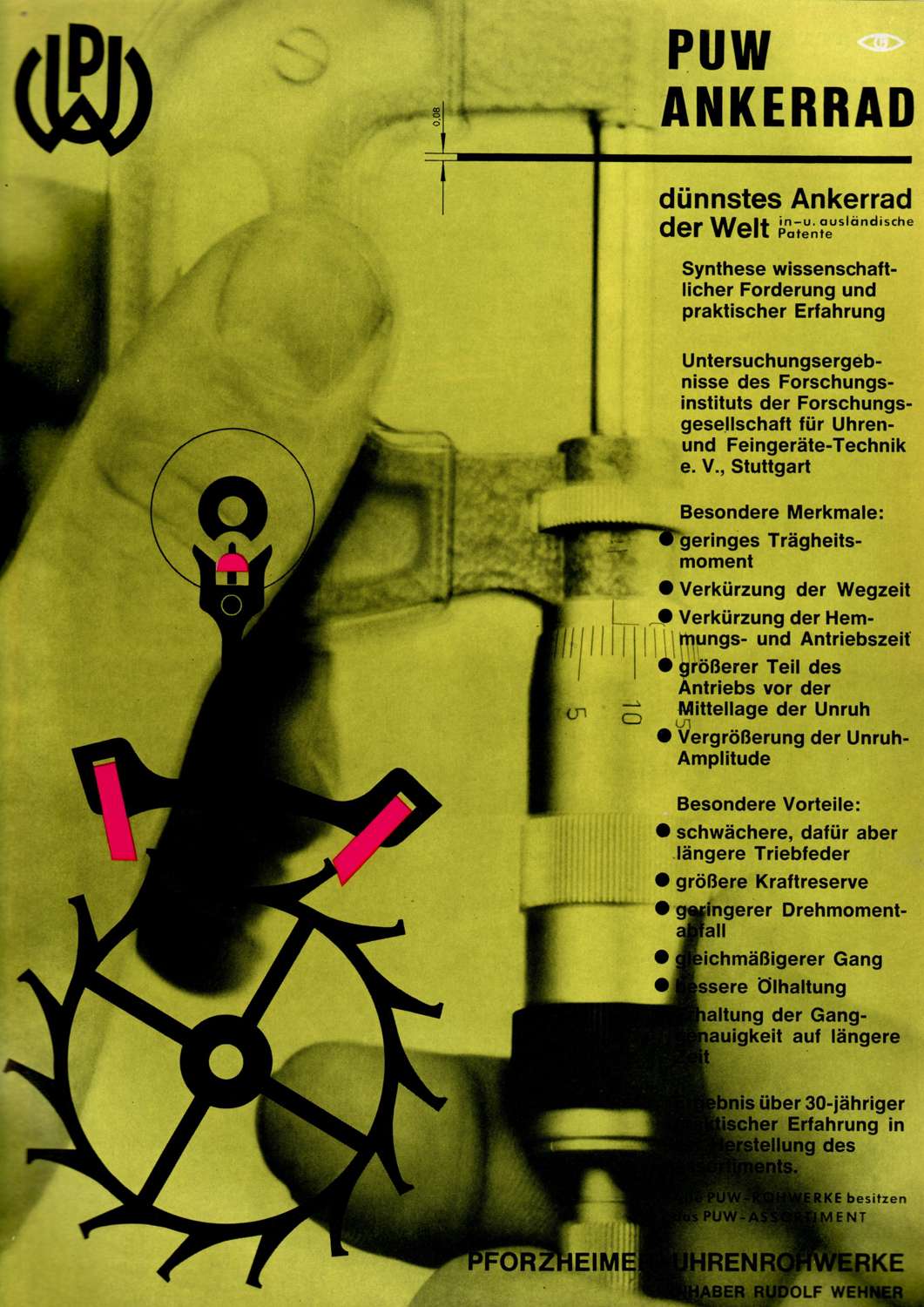 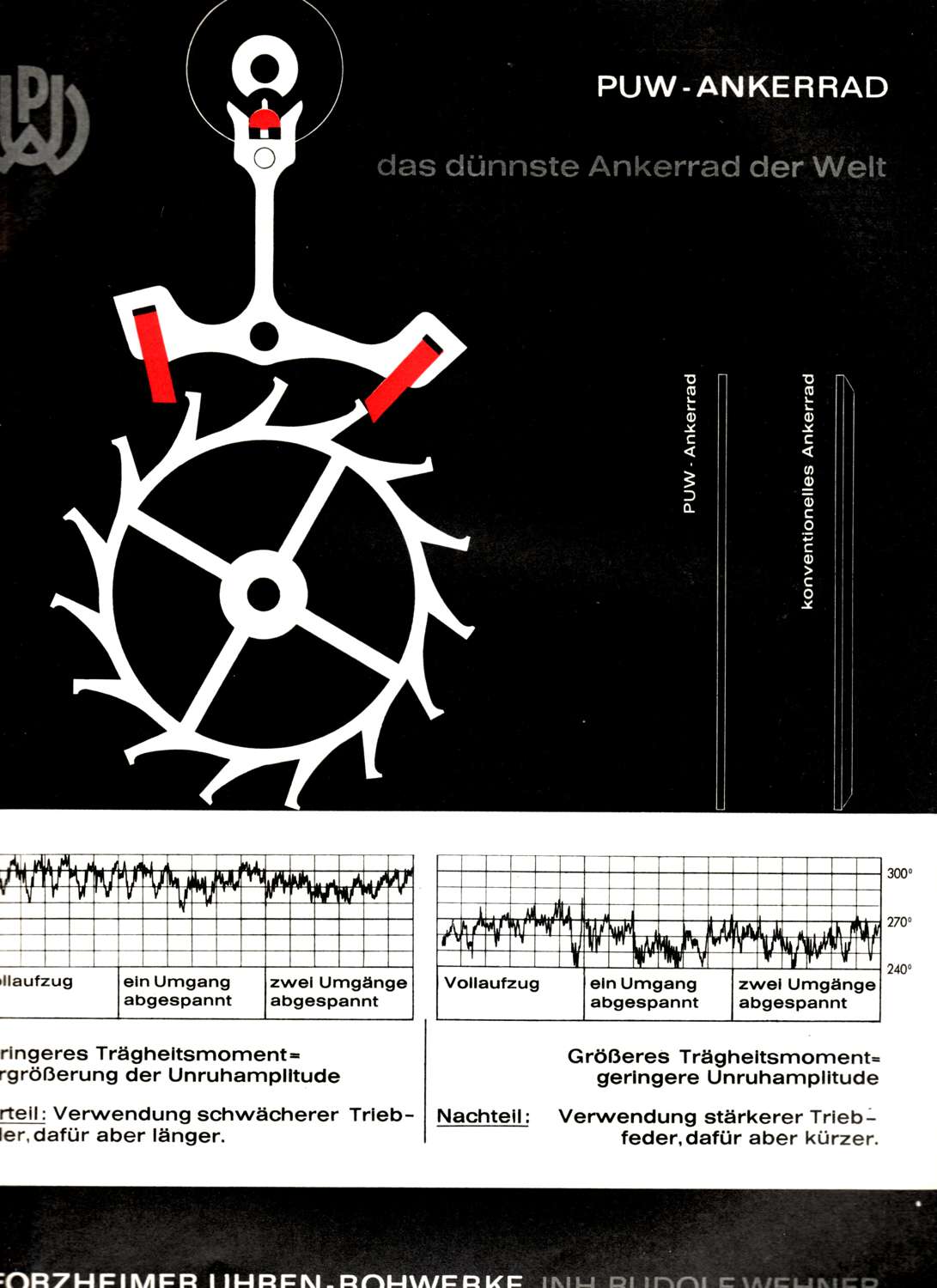 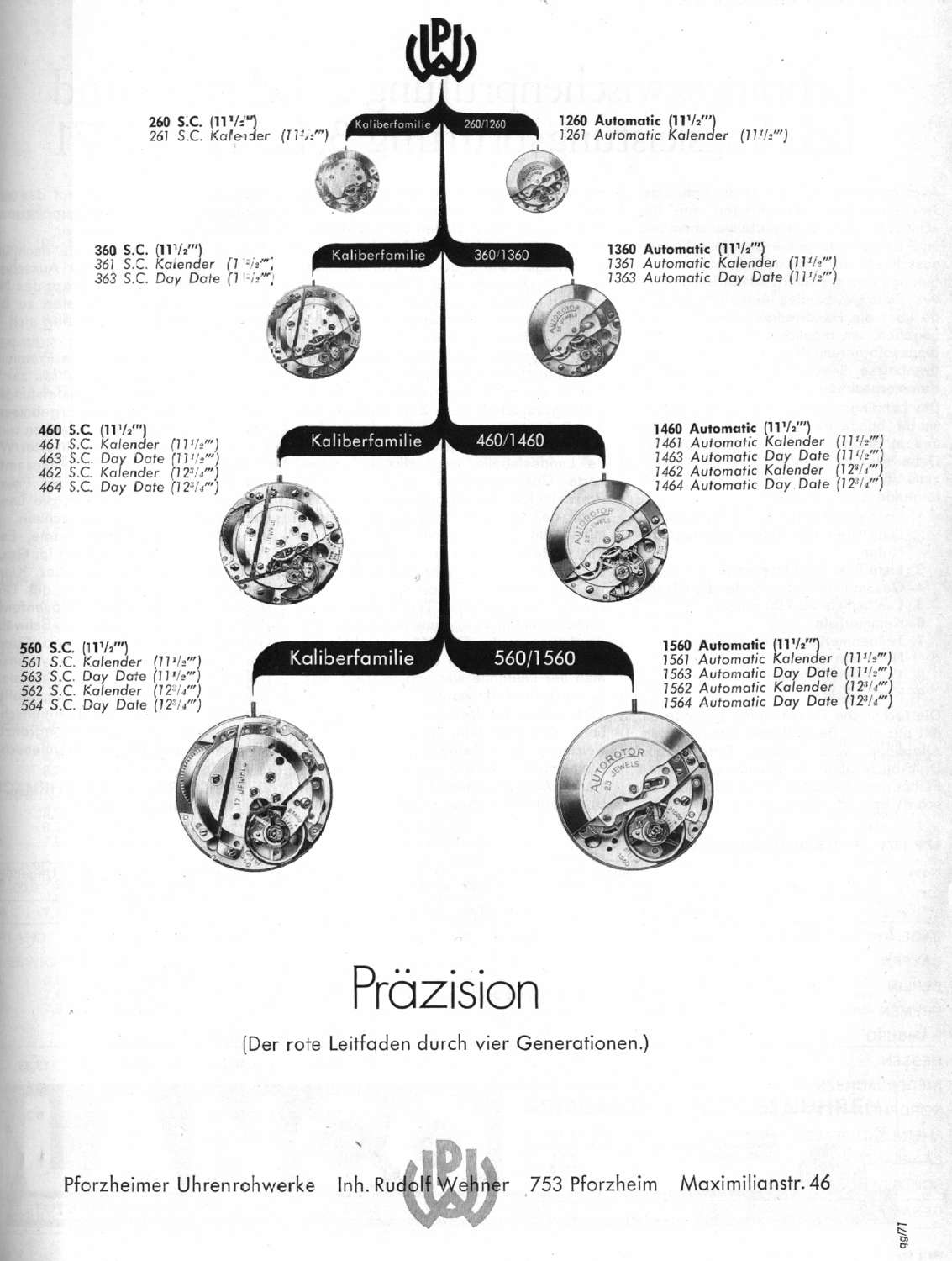 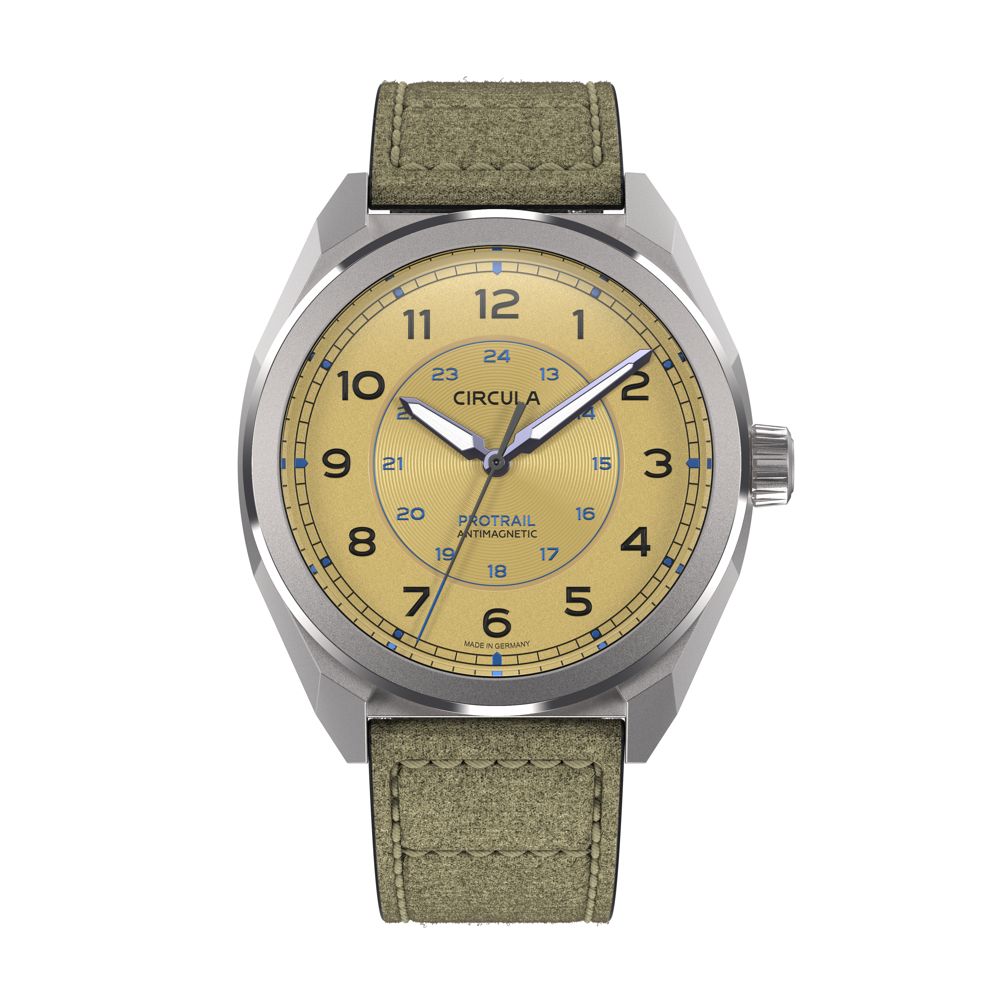